Ah, the poor, forgotten Sega Genesis. While old-school gamers think back fondly to the 16-bit glory days of Final Fantasy 3, Super Metroid, and The Legend of Zelda: A Link to the Past, Sega’s little black box remains largely forgotten. And when it is remembered, it’s usually only because of some hideous add-on hardware or peripheral (Sega Cd, 32X, Menacer, Activator Ring) or for holding the world record of “System with the Highest Quantity of Horrible Sports Games”. But things were not so bad for this system as some people might have you believe. What people don’t remember is that for every Super High Impact Football, there was also a great game that you weren’t going to find on any other console. And I’m not just talking about the Sonics, the Gunstar Heroes, the Phantasy Stars and the Shining Forces.

Here’s a list of 5 great Genesis games that weren’t available on the SNES, all of which have become almost completely forgotten:

One of the earliest open-ended games, Pirates! put you in command of a small boat in the Caribbean during the 1600s and let you decide what to do with it. You could become a trader, do missions for local governors, or hunt dreaded pirates. Well, at least you could if you were a huge pansy. The rest of us took our ships on a reign of terror throughout the Spanish Main, plundering everything in sight. There was more to it than mindless raiding, however. You could become a privateer for various warring nations and actually be given titles and land for attacking enemy ships and towns — something you were probably going to do anyway. The game even boasted a changing economy where towns could become less prosperous (and less profitable targets) based in part by how often you attacked them, their home nation, or merchant ships in their area.

The Best Part: Fighting some pirate hunter the Spanish had sent after you, stealing his boat and crew, and then using it to lay waste to Spain’s richest colonies.

The Downside: This game is super-rare, going for upwards of $60 on Ebay. And it doesn’t emulate very well — not that you should be doing that anyway.

Overlooked by just about everyone, this platformer was a clinic in level design. The game boasted over 100 levels, just about every one of which was ingeniously crafted. The character could pick up “helmets” which would transform him into different things (hence the “Chameleon”) and grant him different special powers. Getting through a level required as much brain-power as it did dexterity.

The Best Part: Playing through about 50 levels, thinking you’ve pretty much seen it all, and then finding a new helmet with cool powers you hadn’t even imagined.

The Downside: The game has over 100 levels with no passwords or saving. Not cool.

Technically, you could play this on SNES, but that version was plagued by slowdown and poor control. Many people regard NHL ’94 as the best of this series, but NHL ’95 is basically the same game with 2 major improvements: They added season mode, and toned down the one-timers to a more reasonable level (in NHL ’94, you could consistently score on a one-timer from all the way in your own end). Hockey is the best sport to make a video game out of, and this game proves why — its fast, high scoring, the action is almost non-stop, the play is constantly going from one end of the ice to the other, and it has a season. In other words, it’s got everything the real NHL wishes it had.

The Best Part: Using the “pass” button to put a nice, low shot between the goalie’s legs.

The Downside: EA shipped over half of the original cartridges with a defective battery backup, meaning you had to hurry up and play through your entire season in a few short months before the battery died and you lost all your data.

The Genesis’ answer to Zelda, this action RPG, while a little on the short side, made up for it with some of the best graphics seen in the 16 bit era. The game even features bosses that take up the entire screen. The gameplay is great, everything moves along at a good pace, and it even has well-animated cutscenes. Add some puzzle elements to the mix and you’ve got yourself a winner.

The Best Part: Graphics that looked like they belonged in a Super Nintendo game. Heck, these graphics could have been in a PSX game.

The Downside: This game is a bit on the short side — you can probably beat it in 5 hours.

Get beyond the somewhat clunky interface and you’ve got yourself a truly unique RPG. RoP borrows heavily from PC Roleplaying games, with traditional character classes and a much more open-ended style than what you’d expect from a typical console RPG. You have a huge world to explore, and you can talk to, do business with, or try to kill just about anyone. It’s as close to total freedom as you could get at the time, and more than you get in a lot of games even now. Combat was done in a real-time isometric view (which inexplicably had a background of outer space) that, even today, is different from anything I’ve seen in any other game.

The Best Part: I first played this game with my brother, and at one point, he walked into someone’s house, got into a fight with a kid on crutches, killed him, and then slaughtered his angry parents for good measure. What other RPG lets you do that?

The Downside: I tried to take after my brother and went into a local tavern to pick fights. Shortly after killing two patrons, a tiny little waitress came over and killed me in the face. 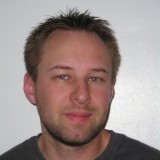 Those Wacky Folks At Blizzard

Every year, Blizzard participates in a little April Fools Day tomfoolery, and this year is no exception. Stepping things up from last year’s Tinfoil Hat epic and various other silly announcements, they’ve…

IMPRESSIVE…MOST IMPRESSIVE Having been a gamer for 20+ years, it’s getting increasingly rare for a game to completely “wow” me.  Even though each generation of console provides improved technical ability, more often…

Diablo III: I am Error

I hear ya, Francis… Nerd-rage LOLs aside, the never-ending login issues with Diablo III really are starting to get annoying. I was quite understanding of the expected heavy server-load when the game…