Out of nowehere, Nintendo has changed the name of their upcoming console from Revolution to Wii (pronounced “we”). Now, I don’t know why their marketing department thought this was an improvement, but if you’re like me, you’re thinking that Wii is about as god-awful as naming the console “cabbage” or “hemorrhoid”. I mean really, Revolution was a pretty badass name, and to me, it conveyed a new dawn for Nintendo as a company, and for videogaming in general. With that one word, you just knew that the Revolution meant business, and was a grammatical indicator of what the system — with its unique control schemes and whatnot — promised to do for the currently stale state of the industry. Wii just seems like some oddball artsy fartsy name that’s going to make gamers feel like complete tools every time they mention that they’re going to go play with their Wii or buy Game X for their Wii. Ugh.

But whatever… In the grand scheme of things, the console’s name isn’t all that big of a deal, so let’s just hope that the Revol…err…Wii is ultimately as revolutionary as its been hyped up to be. (For your reading enjoyment, the official press release and logo from Nintendo is posted below.)

While the code-name Revolution expressed our direction, Wii represents the answer.

Wii will break down that wall that separates video game players from everybody else.

Wii will put people more in touch with their games …and each other. But you’re probably asking: What does the name mean?

Wii sounds like “we,” which emphasizes this console is for everyone.

Wii can easily be remembered by people around the world, no matter what language they speak. No confusion. No need to abbreviate. Just Wii.

Wii has a distinctive “ii” spelling that symbolizes both the unique controllers and the image of people gathering to play.

And Wii, as a name and a console, brings something revolutionary to the world of video games that sets it apart from the crowd.

So that’s Wii. But now Nintendo needs you.

Because, it’s really not about you or me.

And together, Wii will change everything.

The Cool Look: The new console boasts high-quality materials and a smart, compact design, approximately the size of three standard DVD cases stacked together. A variety of prototype colors are being showcased during E3. It will come with a silver stand that makes the system a welcome, artistic component of any multimedia setup, whether it’s displayed vertically or horizontally.

Two Disc Formats, One Slot: Instead of a tray, a single, innovative, self-loading media bay will play both 12-centimeter optical discs used for the new system as well as Nintendo GameCube discs. Owners will have the option of equipping a small, self-contained attachment to play movies and other DVD content.

The Stars: Introduction of a number of new franchise properties will add to the world’s richest stable of stars, including Mario, Zelda, Super Smash Bros., Donkey Kong and Metroid.

Wireless Freedom: A number of Wi-Fi-enabled launch titles are in development that will employ Nintendo’s newly announced wireless gaming service, Nintendo Wi-Fi Connection. A worldwide network of Nintendo players can gather to compete in a comfortable, inviting environment.

Freedom of Design: A dynamic development architecture equally accommodates both big-budget, high-profile game “masterpieces” as well as indie games conceived by individual developers equipped with only a big idea.

Discovered as a young 'Squatchling in a Pacific Northwest woodland area in the mid-70's, Fatsquatch was soon domesticated and introduced to the fledgling arcade scene, where he became addicted to the magical sights and sounds of gaming. As years passed, his addiction only worsened, and eventually lead to his desire to write about all things gaming from a veteran point-of-view. Hence, Fatsquatch created The Jaded Gamer in 2001, and set about leading it into permanent obscurity.
More Posts (113) 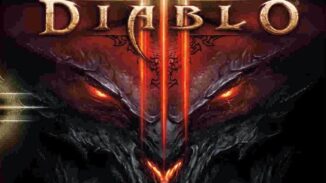 The Return of Hallow’s End

I like the Soul Calibur series and I like the Star Wars franchise…but this mix of Soul Calibur’s chocolate into Star Wars’ peanut butter just seems goofy as all get-out. Am I…

Good news everybody: GT4 does NOT suck. Admittedly, I’ve only gotten to spend a few hours with it so far, and obviously I’m not quite ready to review this huge title.  Even…

Surely a result of Hamtaro’s influence, my daughter (Marisa) just had to have a hamster. Luckily for her, I’m down with having any type of critter, so a few months ago we…