DESTRUCTION IN BEAUTIFUL HD
One of the games I have really been waiting on since getting a PS3 is the next entry in the Ratchet & Clank saga. That series has been reliably light-hearted and fun, and I was anxious to see what they would do with a high-definition entry. The result is Tools of Destruction, and it does not disappoint.

First off, Insomniac didn’t do much to the gameplay. It has been damn near perfect since Going Commando, and they left well enough alone. Good move. Improvements include multiple pages in the Quick Select and controlling the crosshairs with the right analog stick during space battle sequences (takes a bit of getting used to as it is a novel control setup, but I ended up liking it). Sixaxis control is also in there, but not to the point of being intrusive or slapped on. Tilting the controller to direct tornados fired from the Tornado Gun (heh, the ridiculous weapons are most definitely present) is a bit counter-intuitive at first (especially when running Ratchet in the opposite direction), but I got the hang of it pretty quickly. The Sixaxis is also used to control flight with Clank’s wing attachment and to operate the device that gets you past secured doors. It worked well for both.

Graphically speaking, the game is just awesome. The very first world takes place during an attack by the game’s big baddie, and has you grind-railing around buildings as they collapse. It’s impressive, and it never lets up. I’ve seen the graphics described as being inside a Pixar movie, and I think that’s a sufficient description. If you like pretty lookies in a game, you’ll be pleased here.

The humor in the game is intact, though the antagonist doesn’t quite live up to the overblown hilarity of Up Your Arsenal’s Dr. Nefarious (quick tribute here). Still, the would-be ruler of the universe in Tools of Destruction is good for a few laughs — particularly his Napoleon complex.

That sure is purty. Now, let’s blow it all to hell!

EASY PEASY
If I had one knock on the game, it would be the difficulty; or, rather, the lack thereof. Granted, after you complete the game, you can go through it again in Challenge Mode, but I couldn’t believe it was over as soon as it was. When I beat the final boss, I kept waiting for the big baddie to bust through a wall during the end movie (signaling the beginning of the REAL final battle) or at least one more round of play. I guess I was still hung over from the afore-mentioned Dr. Nefarious, who is a Class 5 pain in the ass to beat.

BOTTOM LINE:
Overall, the game is as expected. It is beautiful and a great deal of fun to play, but if the series hasn’t done it for you so far, there’s nothing here that will change your mind. Still, I had a ball playing it — so much so that when I finished it, I took a trip back to 2002 by playing the original. 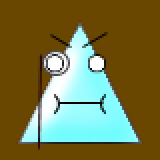 Over on his website, country music legend, Charlie Daniels, expresses his distaste for Guitar Hero III (which includes his monster hit, The Devil Went Down to Georgia) and its questionable imagery. He’s…

Thoughts on the PSP

I really didn’t think I’d have much to say when the details of the PSP launch were revealed, but now that I see what Sony is planning on doing I’m quite dumbfounded….

Can Nintendo Pull it off?

Whether most Nintendo fanboys want to admit it or not, the Nintendo 64 was more or less a failure.  I mean, sure, we all bought one, but how many of us actually…