I have entered gaming ennui. Is it because games are cookie-cutter versions of themselves with no real innovation? Not at all. It’s actually becoming the opposite. You see, there is a sociological theory that states, when put very simply, “It’s just as bad to have too much of a good thing as it is to have too much of a bad thing”. I think that’s how it is with gaming today, except I have a little different spin on it… “The devil you know, is better than the devil you don’t.”

There’s a reason we love sequels to our movies, to our games, sometimes even to our favorite music albums. We love TV Spin offs, we love that they’re making a Bond girl movie with one Miss Berry. We can’t get enough of sequels to gaming systems (PS2, Super Nintendo), we roll around in sequels to operating systems and word processors. We salivate if someone hands us anything “New and Improved”. What we don’t like is just plain new.

I’m no exception. I’d rather read the next Stephen King Dark Tower book than to go find a great writer like Chuck Palahniuk and maybe be disappointed. (By the way, Chuck’s a great writer — good thing I take my chances even when I don’t want to or I might not know that.) So is it any surprise that great games like Beyond Good and Evil are already out of print, even though the game was far better than the year’s quintessential Tomb Raider sequel? That’s rhetorical, so please put your hands down.

Beyond Good & Evil: A brilliant game that was brilliantly ignored

The real shame is that it’s hard enough to get gamers to step out of their little bubble in normal situations. Most of the time there are maybe one or two really original titles worth a damn on the shelves. That means that if you want to stretch a bit (such as we Jaded Gamers all did happily with a certain rapping puppy back in the days of the PSone) you don’t have a lot of variety to choose from when it comes down to the fringe games.

Right now, though, if you walk down to your local game store, you’ll find an entire sub-genre of sleeper titles that are all worth your money. Beyond Good and Evil, Billy Hatcher, Viewtiful Joe, Prince of Persia, I-Ninja, WarioWare, Goblin Commander, and a trove of other games headline a list of really original games. The price tag on just the games listed is around 400 bucks. Who has the cash for that much original gaming when there are new Final Fantasy games, new Sonic games and so on to deal with? We have to pick our battles, and when I’ve got fifty bucks to drop on a game I don’t have the time to boycott Solid Snake just to pick up the latest awesome sleeper.

With that said, I still make a point to play as many of them as I can. I still remember when Tony Hawk’s Pro Skater came out and I was an early adopter. It was great, there was a whole new style of game to play and I loved it. The thing is, I had the time to learn to appreciate this very new style and execution brought to the table by Neversoft. Let me say that again, “I had the time.”

These days we’re getting a lot more great new ideas, but we’re not getting the time to appreciate them and cultivate a desire for them because as one arrives, another must depart. There was a day when I wanted nothing more than to sit down and spend five straight hours with a good game of Final Fantasy, or Chrono Trigger, or you name it. These days, if I even have the time to play games for five hours, I hardly want to spend them all on one game that challenges me to learn new things. I know that seems very banal, but it’s true, and I doubt I’m the only one.

ESPN NBA BAsketball: Sure, it’s just an improved more of the same, but that’s why I like it.

Do I applaud, respect and enjoy the fact that someone had the guts to make a great title like Goblin Commander? Hell yeah I do. Do I want to learn to play it when I could jump right into a quick game of ESPN NBA Basketball or Tony Hawk’s Underground? To be honest, the answer is no. I have limited time, and I want to make sure I enjoy what I’m doing in that limited time.

The problem, though, is that I want these choices; I really do. I just don’t want to feel that I have to make them. When you enjoy films you have choices, too. You can watch every big blockbuster film that comes down the pipe or you can go check out low budget independent films. Independent films are the videogame version of a sleeper title. The key, though, is that they’re low budget. Games just can’t be anymore; that is, if they want to compete at all.

That’s why the best baseball title (3DO’s High Heat Baseball) couldn’t really compete, despite the fact that it offered the best gameplay experience. It just didn’t have the presentation that the big boys had and it was a killer. Now that Microsoft has picked up the rights, it has a real shot at being a contender, but that’s what it takes. You can’t go out and make low budget games anymore, it’s just too complex a process. You’re not going to see too many more companies like ID software coming up in the ranks.

You see, if I choose to see a mix of blockbusters and indie films, I’m not killing those indie films because no one expected them to be big. People expect them to cater to a niche audience and that’s all they hope for. If anyone sees it that isn’t family, they reached out to a great audience.

Where are you my beloved Colossus?

If you don’t go out and buy the sleeper games though, they stop making them. Beyond Good and Evil is one of the best games that I played from last year and I only picked it up because it was out of print and down to twenty bucks. That doesn’t help anyone want to make a sequel to it, but…because of my ennui, I really can’t fight this battle. I mean, I want to fight the battle, but there are so many games to fight for that…I just can’t get up for it. Maybe that’s a bad way to look at things, especially as a game journalist, but it’s honest.

It’s probably the same sort of ennui that kills great bands, great companies and great foods (lord how I miss you Jack in the Box Colossus). We truly are a country of excess, and it’s finally coming back to bite us in the big fat super-sized ass.

But enough of this, it’s time for some ESPN NBA Basketball. See ya! 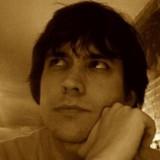 Useless degree in sociology. Useless masters degree in writing. Working on my masters in game design at the SMU Guildhall. Really great at Rock Band and Picross. Not really digging what 30 years has done to my knees.
More Posts (1)

SIMPLY THE BEST Maybe gamers don’t want innovation, despite what they say… A couple of weeks before Christmas, I told Fatsquatch that I thought my next little project for this site would…

I’ve been patronizing EB Games for many, many moons, and one thing about them always gets my goat: overpriced pre-owned games. The fact that they’ll give you $3 trade-in credit on a…

Down With the Sickness

For the past several days, we at the Casa del ‘Squatch have been getting hammered with far too much sickness of the respiratory persuasion. My daughter has been so ill that it…