I’ve always been one who likes to look to the positive side of things while remaining realistic.  While the majority of old-school gamers like myself have been damning the latest generation of consoles (and some of the consoles preceding the current big three), I’ve tried to faithfully sit by and enjoy what the companies have thrown at me.  Lately, though, I’ve been thrust into a few situations that have made me reconsider gaming as a whole, and whether or not I’ve just been wasting the last 15 years or so of my life pursuing something that’s just not going to be fun at some point.  Up until recently, I couldn’t imagine a life without video games; now I’m seriously considering one.

Without getting too personal (because I know you all don’t care about my life — you care about games), I’m in need of a large sum of money at the time of this writing.  Over the years I’ve amassed quite a collection of video games.  Put those two together, add eBay into the mix, and you have a recipe for some quick and easy cash.  I used to hold my video game collection dear to my heart, but the truth is that most of the games just collected dust until I decided to play them once in a blue moon.  Even some games I loved greatly (Chrono Trigger and Star Ocean: The Second Story, for example) have gone to various points across the country so I can fatten my wallet a bit.  The way I figure it is that I can always go back and buy them later, and if I don’t do that, I can certainly live without them.

The excitement of the hobby is gone.  Maybe it’s because I’m older and wiser now, but back when I was a kid, owning an NES meant you were cool.  If you were the odd kid who had a Sega Master System or Genesis, people thought you were cool until they realized that it just wasn’t the same as the NES.  Then, when the SNES came along, there was the great rivalry between Sega and Nintendo.  Nintendo got the great RPGs (from Squaresoft in particular), while Sega generally had the bloodier games (take the original Mortal Kombat, for example).  Each system had its own qualities, however silly they were, that made them worth owning.  But as time passed and the next generations of consoles passed, those reasons became less and less clear cut.  Like I said above, maybe it’s because I’m older now, but to me the three big consoles aren’t all that different from each other.  Admittedly I don’t have much experience with the GameCube, but I don’t really want any.  I have a PS2, Xbox, GBA, and a plethora of older systems that could more than occupy my time if I actually wanted to sit down and play them. Mortal Kombat for the Genesis: it made the Genny the system to have and Joe Lieberman the man to hate.

It used to be that a few buddies and I would rent two or three games on Saturday morning and stay at my house the whole weekend and play them.  When a friend and I went to rent a game just a week ago, we had a hard time finding a game that we’d be able to sit down, pop in, and just play.  By “play”, I mean enjoying a game that doesn’t require leafing through a manual to find out what button does what in this situation or in that type of level; just something that would allow us to sit down, push buttons, and play.  Upon reminding him of this, he said, “Yeah, that was a difficult task last week.”

Finding a video game that a few friends will be able to enjoy shouldn’t be a difficult task; we should’ve had so many potential titles to choose from that it made our heads spin.  We should’ve argued over which game we were going to rent because I would like some and he’d like different ones.  But instead we ended up struggling to find something we’d be able to sit down and enjoy, and in the end the game ended up being boring for the most part (for those of you who are curious, the game we decided on was UFC: Sudden Impact).

You’re probably wondering what the hell this has to do with anything at all…  My point is, things need to be more like they were ten years ago.  We need heated rivalries.  We need name-calling in advertisements.  We need mascots.  Right now each of the three major players has their own agenda, and it isn’t always to be in the top position.  No two companies are really at each others’ throats.  While Mario is still around, he just doesn’t seem to be as synonymous with the Nintendo brand as he has been in years past.  What all of this amounts to is a hobby that’s growing more and more stale every day…at least for this jaded gamer.

While it was certainly Hell in mushroom form, the 32X reminds me of a time when companies weren't afraid to stick their necks out.

I’m not ready for the next wave of consoles to come out yet, and it seems that they’re right around the corner.  There’s still so much untapped potential in the current machines, and yet everyone wants to be first out of the gate for the next generation.  I can understand why they want to do so, but I think that this generation of consoles is nowhere near the end of their lifespan or potential, and it just seems that everyone is heading toward abandoning their machines all too soon.  Only time will tell, I suppose, but I just don’t like where things are going.  The thought of shelling out $300 or more for a new toy in the near future isn’t all that appealing to me when I have machines that I shelled out over $300 for sitting in my room with so much left to do on them.

Quite frankly, the only system I’m even considering getting is the Xbox Next, simply because there’s a Shadowrun game rumored to be in development as a launch title.  I’m sure I’ll eventually pick at least one other system up, but it’s definitely not going to be a priority of mine.  It’s kind of funny how my interest has waned with each generation of consoles, but kind of sad at the same time.  I laugh now when I think back to the days when I wanted (and got) a 32X and Sega CD, but now I’m wishing for that sort of thing all over again: a time when the big boys weren’t afraid to take risks and push the envelope clear off the table and wipe their muddy boots on it.  It seems that time is long gone, though, and that makes me very sad inside…not only sad, but frustrated as well.

It’s frustrating that I’ve put so much time, money, and devotion into this industry (ugh… I hate using that word when referring to video games) only to have it slowly go to hell while I can do nothing but stand by idly and make my voice heard every now and then when I actually have $50 to spend on a new game when it comes out.  I know I keep harping on it, but Beyond Good & Evil is one of the best games I’ve ever played, period.  Thanks to poor sales, though, we may never see the sequel that was definitely being planned.  If we don’t, it could destroy what little faith I have left in gaming.  I don’t trust Sony, Microsoft, or Nintendo with my money.  No matter what I do, I’ll still get the same recycled crap that so many morons seem to love shoved down my throat while the true gems get covered in waste and are left to wither and die. Beyond Good & Evil is one of the best games ever conceived, and yet, its sequel may never see the light of day.

There, I said it: most gamers are idiots.  They’ll just keep buying whatever they’re told, keep supporting franchises even when they’re far past their time, and they’ll ignore the games that should be making a huge impact.  I’m not saying they should disregard reviews completely, but just because a big site like IGN or GameSpot gives a game a mediocre or low rating does not mean it’s bad in any way, shape, or form.  People need to learn to read through the numbers and take words into consideration when making their decisions.  Every time I’m browsing a message board and I see something along the lines of “OMG GameSpot gave this game a bad score so now I’m not even going to rent it LOL!” it makes me cringe and wonder where and when things went wrong.

While we here at TJG haven’t exactly left a huge mark on gaming, I hope we’re at least scratching the surface and opening people’s eyes up to gaming and what it’s all about: playing games and having fun.  When gaming stops being fun…hell, I don’t even want to think about that.  If it ever completely stops being fun, I’ll probably lose my mind.  Then again, I’ll save hundreds or thousands of dollars, but it will be like a huge part of my life is gone; like I’ve wasted so much time on nothing.

Now I’m back to where I started.  I guess this is as good of a place to stop as any, though I still have so much more I want to say.  I guess it can wait until another time.  Just think about what I’ve said here…if you agree with me, great; if you don’t, even better; I just hope you aren’t asleep by now.  If you are, I hope you’re dreaming of buying Beyond Good & Evil because, well, I want a sequel.  The very fate of my existence in the realm of gaming may be hanging in the balance. 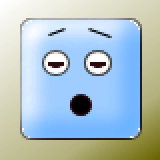 As I made my way around various gaming sites today, I came across this most pathetic bit of news from SegaWeb: Shenmue 2 is no longer coming to Dreamcast outside Japan.  In…

After so many months of diligent work, I’m beginning to think that I will NEVER get all of the old TJG content converted to the new site design. It started out a…

THE FIRST RULE OF FIGHT CLUB… According to the groovy talking skull in the opening FMV sequence, a group known as the “Kthundra monks” holds a fighting tournament once every century in…